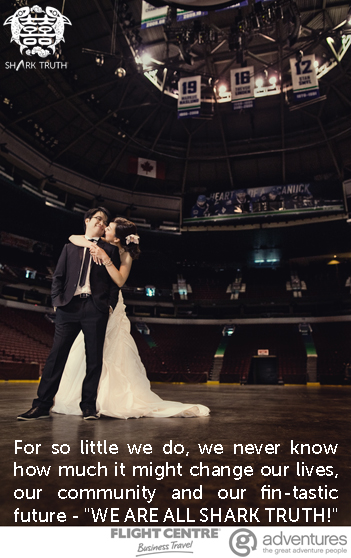 The two common words “food” and “family” brought these two “opposite” individuals together.

Jenny & Ben first met when a common friend was planning to introduce a guy friend to Jenny at a hot-pot dinner and Ben happened to be there just to eat! After this first dinner, Ben started “stalking” Jenny on Facebook; and Jenny would occasionally check out Ben’s food photos. However, they did not talk to each other for a year since the first dinner! A year later, Jenny thought of Ben’s food creation when she was organizing a friend’s bridal shower and she asked Ben to cater the party. Jenny & Ben started talking to each other more as they were planning for the bridal party. Ben made use of this opportunity and started asking Jenny out on a date. One day, Ben asked if Jenny could be his girlfriend…., and she accepted. Since then, they started influencing each other in some good/bad ways. Two years later (or now), they started planning for their future family and their wedding this August.

Last summer, Ben participated in the Sans Fin Soup Contest and this was the first time Jenny & Ben heard about Shark Truth. Ben used spaghetti squash melon as the main ingredient and created a sans fin soup. This soup tasted different from a shark fin soup but had simliar texture as shark fins. We did not win the contest, however, our sans fin soup certainly attracted lots of foodies asking for the healthy and sustainable recipes, which was way more important to us!

When we discussed about our participation of the Shark Truth events with families and friends, the parents’ generation was not very excited about the events in general. In particular, Jenny had been hearing stories that her lovely grandpa, who worked at the fish market in the old days, always saw human hands being found inside the sharks’ stomachs! So, “why are we protecting sharks when they are so cruel to human beings?!”

From our perspectives, saving the sharks means preserving our ecosystem and therefore, creating a better and fin-tastic future for us all. We were proud of ourselves being a part of the Shark Truth events and helped to make voice in the community. Shark fin soup is definitely not a must!

Drop a quick note to your favourite couple and congratulate them on their Fin Free journey.